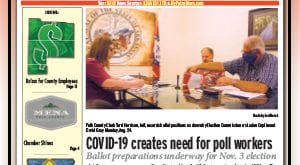 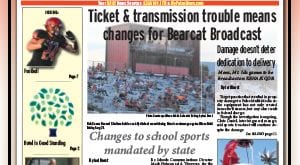 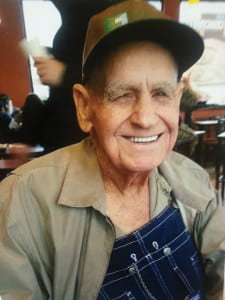 Clifford Deramus went to be with his Lord and Savior on March 7, 2015 in Mena, Arkansas surrounded by his family.

Clifford was born April 20, 1928, and was 1 of 10 children, born and raised in Highland on a farm that has been in the family for many years. He was the youngest and last surviving child of Emmit Jacob Deramus and Mary Ella Ryals Deramus. He was married to Dorothy Mae Tice Deramus (on August 1, 1949 in a barber shop in Mena) for 63 years, until her passing in 2013.

Clifford lived his life as a testimony to his strong faith and love for his Lord and Savior Jesus Christ.  He was a really good man who always had a hug to give, a hand to shake, a good sense of humor, a genuine smile, a generous heart, and was always willing to help.  Clifford was a people person and enjoyed everyone, especially family.

He loved to attend the annual Deramus reunion held at the park in Mena.  He cared about people like a true servant and was blessed to have so many family, friends, and neighbors.  He had words of wisdom well beyond his 4th grade education.  His faith and love of God carried him throughout his life. He loved to garden and was always willing to share his secret to raising a big vegetable garden.  He worked for several years in California and Arkansas in the logging industry.  Clifford and Dorothy had a cattle and broiler farm at Opal for many years.

He leaves behind his four daughters, Connie Hendrix and husband Wesley of Mena, Shirley Wharton and husband Terrell of Moore, Oklahoma, Susan Boyd and husband Curt of Mena, Sally Arocha and husband Jerry of Sherwood, Arkansas; one daughter-in-law, Wanda Deramus.

Clifford has spread his wings, joining his wife, son and other family members and he is smiling down on his family as he waits on them to join him in all the beauty that awaits us.

Funeral services will be Wednesday, March 11, 2015, 2:00 p.m. at Cherry Hill Methodist Church with Brother Roger Bishop and Brother Dennis Philpot officiating. Interment will follow in the Cherry Hill Cemetery under the direction of the Beasley Wood Funeral Home of Mena.