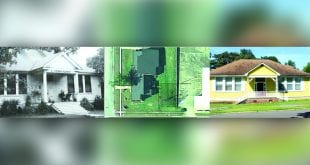 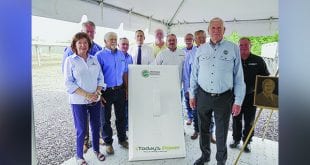 Faith Gives Back…an event organized and solely sponsored by a very grateful family for a little girl’s triumph over a rare and potentially fatal disease is planned for this Sunday, celebrating three year’s since her transplant.

Faith Chaney’s parents, Fred and Sheli Chaney, never knew when they named their tiny newborn how appropriately she had been named.  But Faith’s amazing story is one of inspiration and has touched the lives of people around the world.

It was the 2009 New Year’s edition of The Pulse when we first told Faith’s story.  At that time, she had received her bone marrow transplant and was being released from the Wisconsin hospital to return home to Mena, taking 17 different IV medications to prevent rejection and other complications.

Faith had contracted a rare disease known as Aplastic Anemia and her bone marrow was no longer producing any blood cells or platelets.  After much research, the family was led to a Wisconsin hospital where she received a bone marrow transplant from an anonymous donor.  As required with most donor registries, anonymity is maintained for the first year.  Faith and her family now know that Richard Laboissonniere of Rhode Island is responsible for saving her life and while they haven’t met in person, maintain contact through mail and Facebook.

Grandmother, Kathy Perez, wilted to tears as she spoke of the gratitude her family feels not only for Laboissoniere’s donation but the community’s “overwhelming love and support” through Faith’s illness.  Perez and the entire family give God all of the glory for Faith’s recovery brought about by a community who prayed through her entire sickness and recovery.

Age 5 at the time of the transplant, Sheli had to maintain Faith in as germ-free an environment as possible and therefore, home schooled Faith her kindergarten and first grade years.  Now 8, Faith is a bubbly and energetic fourth grader attending Holly Harshman Elementary and is excelling academically.

Faith enjoys reading and watching craft shows.  Perez shared that she pretends she is doing her own craft T.V. shows.

Faith and the rest of the family are ready to put this illness behind them as Faith has hit a milestone in her recovery concerning her production of bone marrow.  Perez shared, “Faith has three strand of beads at least four feet long…a bead for every time she was poked…whether for test or a medication, and when they asked her at her last appointment what color she wanted, she told them she didn’t think she needed to do that anymore…to save them for another little girl that was really sick.”

The family will share stories during Sunday’s afternoon event.  The family is serving a BBQ dinner, having a balloon launch, water games for the kids, volleyball, horseshoes, and live music beginning at 1 p.m. in Janssen Park and is open to anyone who prayed or contributed to Faith’s amazing recovery.

The Morgan’s, Faith’s great-grandparents will be singing, along with the Witness Quartet, Debbie Hamm and the Happy Notes, and the GBC Band.

The Arkansas Blood Institute will also be on-site and offering free t-shirts and tickets to the Tulsa Zoo for the first 50 blood donors.  There will also be a bone marrow registry.