OLT to Conduct Online Voting for Officers and Board Positions 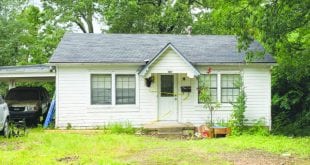 Ouachita Little Theatre traditionally has held their annual business meeting for all members in May.  Elections for board positions and officers would typically be held at that time.  Due to COVID19 policies set forth by the OLT Board in March, no large gatherings will be held at the theatre until further notice.  Therefore, the board decreed to have an online election this year.

To date, the ballot contains the names of some existing officers and board members.  They include Rudi Timmerman for President, Judy Kropp for Secretary, and Bill Hays for Treasurer.  Board members running for re-election include Lamar Austin, Jackie Biard, Robby Burt, Jessica Kropp, and Alexa Night.  New nominees already on the ballot include John Byers for Vice President and Gayle Krahn for board position.  There will be five board positions open in this election.  Nominations are accepted for any officer or board position.  You must be a current OLT member to run for office, nominate someone for office, or vote in the election.  You may find membership information on the website listed below.

Nominations are officially open until May 1.  Turn in your nominations through the OLT website at oltmena.com through the “contact us” option.  You may also email the OLT president directly at ruditimmerman@hughes.net.  Elections will be held later in May and details will be announced shortly.