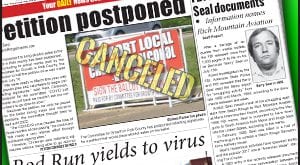 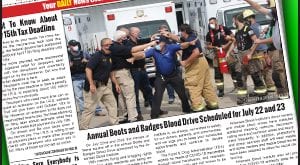 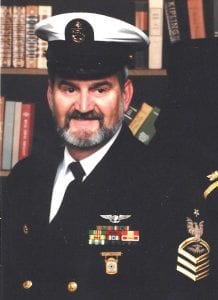 Ronald attended the Christ Episcopal Church in Mena and was a former Senior Warden. He was a decorated Veteran serving 22 years in the United States Navy with 3 tours of duty. He was a master marksman honored with the Navy’s Distinguished Marksmen Medal and a member of the Reserve Rifle and Pistol team. Ronald worked for Kodak Photo for 20 years in Windsor, Colorado.  He was an avid reader and enjoyed woodworking. Ronald loved golfing, shooting, traveling all over the United States with his wife, Shelly on his Goldwing, and the Acorn Archery team. He was a member of NRA, GWRRA, Fish and Wildlife Association, High Power Program, the Ouachita Golf Association, and the Good Sam camping group.  Ronald was a loving husband, father, brother, uncle, grandfather, and a great friend and will be missed by all who knew him.

He is preceded in death by his parents; two brothers, Gary Collins, and Dana Collins.

Ronald is survived by his loving wife of 56 years, Shelly Collins of Acorn, Arkansas; one son and daughter in law, John and Jamie Collins of Aurora, Colorado; one daughter and son in law, Michelle and John Bula of Wetumpka, Alabama; one brother and sister in law, Larry and Linda Collins of Ramona, Oklahoma; one sister and brother in law, Nana and Roger Cotner of Independence, Kansas; sister in law, Diane Collins of Fort Smith;  brother in law and wife, Al and Bobbie Andres of Texarkana, Texas; three grandchildren, Alexander Bula, Valerie Bula and John Angus Collins,; several nieces and nephews and a host of other relatives and friends.

A memorial service will be held Monday, July 3, 2017 at 11:00 A.M. at the Christ’s Episcopal Church in Mena under the direction of Bowser Family Funeral Home in Mena, Arkansas.

In lieu of flowers memorials can be made to the Acorn High School Archery Team, 143 Polk Road 96, Mena, Arkansas 71953.