History was made in Arkansas on Dec. 9 when Gov. Asa Hutchinson signed into law the largest state income tax reduction ever for individuals and corporations at nearly $500 million that will benefit every taxpayer, regardless of income bracket.

Hutchinson opened the press conference on Thursday by stating, “I want to take this moment to thank the General Assembly, as a body, for one of the most successful special sessions in history. Each member has stepped up to the plate and passed historic tax cuts that will put Arkansas in the position in the future to be competitive, to put more money into individuals’ pockets.

“First, we reserved $1.2 billion in our savings account; formally, our long-term reserve, and now our catastrophic reserve fund. That is there to meet the needs of our state.

“Second, we passed legislation that will allow for competitiveness in our economic development projects. One specific project in Arkansas that will create hundreds of jobs if we’re successful. The general assembly stepped up and said ‘We want to compete. We want to win. This is the way to do it.’ This is consistent to us bringing great paying jobs to our part of Arkansas.

“Thirdly, in 2015 we passed $100 million in a middle-income tax cut. The next session was a $50 million tax cut for low-income individuals. We followed that with cutting the rates with historic cuts. The next time was capped off today.

State Rep. Maddox, who represents Polk and Montgomery counties, as well as a portion of Howard County, was responsible for the drafting of the bill and determining what went into.

In an interview with Pulse Multi-Media the day following the conference, Maddox explained, “Arkansas’s income tax rate was 7%, which is extremely high, especially in comparison to all of the surrounding states. That’s one reason I brought this legislation to at least try and get us competitive. Texas and Tennessee have zero income tax. They’re much higher on their real property tax. That is where they make their revenue.”

According to H&R Block’s website, Texas has the sixth highest real property tax in the country, while other sites list Arkansas as being in the Top 10 lowest real estate property taxes.

Maddox said, “We are trying to strike a balance between, generating our revenue the best that we can, but also what I call ‘Rewarding Work’. We want people to keep more of their paychecks, which I think is vitally important.”

As the governor mentioned, the percentage will decrease over time.

So, what would need to occur to initiate the transfer of monies from the catastrophic reserve fund?

“It really wouldn’t matter what it would be,” Maddox said. “It would be if our revenues, our monies, fall so precipitously that we can’t fund prisons, education, DHS—all the things that we fund. Then, we would have to reach into the catastrophic reserve fund and pay that our budget. At that point, those last two would not kick in. I think we’re doing it very fiscally prudent. We’re not just doing it all at once. We’re making sure we can handle it. I didn’t just come up with these numbers. I worked with BLR, the Bureau of Legislative Research. We hired a firm called Moody’s Analytics, an independent firm who came in and reviewed this, and told us if we can do afford it or not. They said we can. I’m very excited about that.”

“We also have to fund government. We have to keep in mind it costs a lot of money to keep all of our prisons open. I think that’s something everybody wants. Also, we fund public education. That’s something people want. We fund DHS. We fund all of those things. We spend some money on higher education. We’re still going to do all of that then responsibly reduce the tax rate.”

Hutchinson said, “It’s not just about the term ‘cutting taxes.’ It’s about what it means to people’s lives. If you have a husband and wife, or two income family that’s making $42,000 per year each, that, to them means they will be making $474—enough money to buy a new set of tires or they can have a warmer, more enjoyable Christmas. That is the difference between the government having dollars versus a family having dollars in their pocket.”

Maddox said, “Some people might scoff at that and act like that’s not a lot of money. I completely disagree. I think if you ask any working family or person who is in that income range if they would like, and could use, an extra four hundred some-odd dollars in their pocket, I think they’ll say, ‘yes.’

Maddox reminds his colleagues how people will react when they receive extra money in their paycheck and what they might do with it.

“They are going to save it, maybe, which is great. What is a better government policy than saving money? I can’t think of any. But if they don’t save it, then they’re going to spend it. If they spend it, it’s going to support local businesses, which is great for those business owners and local restaurants.

“But the State will get a portion of that through the state sales tax,” Maddox explained. “We are going to recoup some of this money that’s not included in these figures. A lot of people don’t think about that. Arkansas has a state sales tax of 6.5%. In addition, we have county and city [taxes]. When people get that money back, they’re going to go spend some of it.

“Obviously, this does help the higher-income folks and middle-income folks, but it also helps the lower income.”

Hutchinson said, “Over time, it will continue making a difference in their lives…over 100,00 taxpayers will be eliminated from the payment of taxes as a result of the action of this General Assembly.”

Maddox said, “If their tax liability is $60 or less, they’re not going to pay anything…”

Hutchinson said, “These are steps that are designed to make sure every Arkansan will benefit from this tax cut bill.”

Hutchinson said, “I want to thank the leadership, but also Representative John Maddox for his work on the House side, and as the lead sponsor of this bill; Senator Jonathan Dismang on the Senate side that carried this historic tax cut bill; Chairman Joe Jett, of the Revenue and Tax committee; Senator Sample, all great leaders here.”

Maddox explained, “This is going to provide significant financial savings for every single Arkansan who works. It’s my bill. I ran it in committee. I ran it on the House floor. I had to go get sponsors for my bill. I had hundreds of questions, complaints, some people saying, ‘You’re just helping out the rich,’ or ‘You’re just helping these folks.’

“I didn’t go back and study all of the numbers or all of the votes, but I believe I got every single Republican vote, and I did get at least five Democratic votes in the House. It was kind of surprising. Not many of the Democrats supported it, but some did. I would bet those are some who heard from their constituents who said, ‘Hey, I would like a tax cut.’”

Hutchinson said, “If you think about the fact, it was bi-partisan, actually tri-partisan. That’s a success story. Think about that for just a moment. That’s a tribute to the fact that they recognize this is good policy that we can work together in Arkansas to work for the good of the people of this state.”

Maddox said, “I think one of our problems in politics is we divide each other too much. This is a tax cut for every single Arkansan who goes to work and pays taxes. I don’t think we need to continue to draw arbitrary lines that hurt people or divide people, or pits one class against the other. I don’t think that’s healthy or good policy.

Corporations will also benefit from the income tax cuts, which, in turn, will benefit Arkansas.

Maddox said, “One thing I would say, certainly what I touched on initially, is competition with other states. We do hope states will start looking at this, and we know that they will. Businesses and individuals: ‘Do I want to live in Arkansas? How much does it cost to do business in Arkansas?’. There’s the Arkansas Economic Development Commission. One of their focuses is trying to get businesses to locate in Arkansas. To open new factories in Arkansas. They will tell you that one of the questions that is always asked is, ‘What is your tax structure?’. It is a factor if they decide to relocate here. It’s not the only factor, but it is a factor. This helps us compete. This helps us say that Arkansas cares about business.”

“Certainly, the corporate income tax cut is something that’s also important. Corporations, especially, that are national and multi-national, they’re going to decide where they want to locate. We want them to locate here. We have a lot of corporations that are existing in Arkansas. I know of some here in Polk County that are wonderful; that are great businesses, great employers. They’re C-corps. They’re going to get a benefit from this. What we’ve found with corporate income tax, what our hope is, they’ll reinvest in their business, potentially give their employees raises, expand…we’re very excited about the corporate income tax, also.”

As Hutchinson held up each of the bills before signing them into law, he announced, “House Bill 1001, Representative Maddox and everybody else who is here who supported this. Then we have Senate Bill 1, Senator Dismang and scores of others from the Senate side. This is to amend the state income tax, to change the name of the Long-Term Reserve Fund, and declare an emergency. Most importantly it is to create the largest benefit in terms of tax cuts for the people of Arkansas that we’ve done in our history.”

“When you work at something for a long time and see it finally come to fruition, it’s exciting. I very humbled that my colleagues trusted me enough. I had numerous colleagues telling me afterwards that they trust me on this. It’s very exciting for them to have faith in me because it’s a very complex issue.”

“I’m just excited to keep Arkansas competitive with other states and continue to watch Arkansas grow. Obviously, I go to Little Rock some, but I’m here the majority of the time, and I believe that in my district in Polk County and Montgomery County, we are seeing good economic growth. We’re seeing people moving in here, visiting here, and our tourism is strong. I think it’s an exciting time to be where we are.” 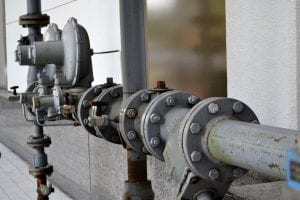 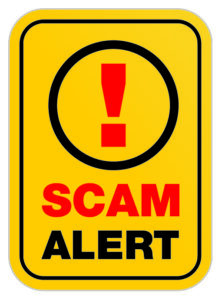