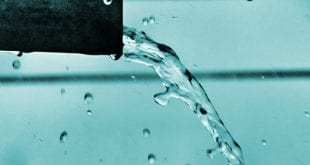 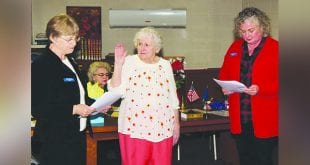 Weston Recognized as Superintendent of the Year

Jones’ departure follows a no-confidence vote of 129-6.from HSU faculty. HSU has been in a cash crisis due primarily, Jones said, to poor collection of student debts. Henderson’s enrollment has also slipped to about 3,300 students, which had added to its cash flow problems.

The fiscal woes prompted a hiring freeze, some layoffs, elimination of non-essential travel, downgrading of HSU’s debt rating, and consideration of other austerity measures.

Jones is a tenured professor at Henderson State University and will be on sabbatical through the end of the fiscal year. Jones plans to return to campus as a professor in August 2020.

Earlier this month, the State of Arkansas authorized a $6 million loan to help Henderson get through its fiscal problems.

The resignation of Jones, Henderson State’s President since 2012 and a 1992 graduate, was effective immediately. Elaine Kneebone, HSU general counsel, will serve as acting president until trustees designate an interim president.

State higher education officials have suggested that Henderson seek a merger with another university system. On Friday, Henderson trustees and Arkansas State University President Chuck Welch announced a “memorandum of understanding” through which ASU will provide various operations support services to HSU. Welch was Jones’ predecessor at Henderson.

“Henderson State University is an important institution in Arkansas, and the ASU System stands ready to assist its leadership as they navigate through some challenging times,” Welch said. “As a former president of Henderson, I’m very familiar with the campus, excellent faculty and staff. I’m confident our team can provide valuable support and input to the acting president as decisions are made that will return Henderson to sound financial footing.”

HSU trustees voted to hire the ASU system to provide financial, internal audit, information technology, institutional research, executive support and legal support services from August 1 through December 31 unless a different time period is mutually agreed to by the parties.

Jones said in a statement that serving as president of his alma mater has been one of the great blessings of his life.

“I believe the time has come for a new vision for our beloved institution,” Jones said. “I am proud of the many things we have been able to accomplish together during my tenure at HSU and am grateful for the efforts of our campus community in providing an outstanding educational experience for our students.”

“Under Glen’s leadership, Henderson has attracted more incoming freshmen and graduate students at a time when competition for a shrinking pool of students is on the rise,” Johnny Hudson, board chairman, said. “New academic programs, increased fundraising and enhanced student life on campus that began during his tenure will benefit Reddies both now and in the future. I am grateful for his service and wish him well as he returns to the classroom.”

Highlights of Jones’ presidency include:

— Increased freshman enrollment to a record of 855 first-time freshmen enrolled for the 2018 fall semester.

— Growth in enrollment led to increased housing needs, which resulted in the construction of expanded, modern residential housing including Reddie Villas and University Place. The number of students living on campus increased by 23 percent since 2012.

— Established a satellite campus in downtown Hot Springs in 2014 at the Landmark Building to bring four-year degree options to the Hot Springs community.

— Invested in athletics, including the addition of junior varsity teams, a pom squad and competitive cheerleading, which resulted in a 56 percent growth in the number of student athletes.

— Completed a $3 million renovation to the exterior and interior of the Old Caddo Center funded by a grant from the Arkansas Natural and Cultural Resources Council to preserve the facility and provide a permanent home for the largest collection of Caddo Indian Artifacts.

— Doubled the amount of annual contributions raised via the Henderson State University Foundation from $1.1 million to a near two-decade high $2.2 million.

Previous Mena Animal Control Shelter To Get Their Own Shelter
Next “Obey The Sign Or Pay The Fine”: Added Law Enforcement Presence and Assignments Aimed at Stopping Speeders